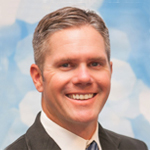 In his role as President & CEO, Andy ensures that the company, in its entirety, is running smoothly. Andy oversees the operations general managers, VPs, and the VP Controller, and works to set goals and objectives for each department and person he oversees. Andy develops long-term strategies to ensure operational success and profitability and works to represent PMI as an exceptional client-focused organization.

Andy has over twenty-three years of experience in the construction industry, stemming from his own hands-on work on marine terminal maintenance crews. He’s participated at every level of the construction process and relies on his extensive experience to guide his leadership.

Andy’s skills and career highlights include:

When he’s not working, Andy enjoys spending time with his wife and two children. He also enjoys cycling, hiking, and golfing.